Having an Experience Without Moving From Your Chair 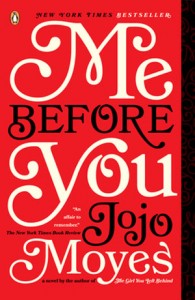 I recently read a really interesting article "The Dreams of Readers" from Nicholas Carr's blog www.roughtype.com. He wrote about what happens to our brains when we read a book:

"Psychologists and neurobiologists have begun studying what goes on in our minds as we read literature, and what they're discovering lends scientific weight to Emerson's observation. One of the trailblazers in this field is Keith Oatley, a cognitive psychologist at the University of Toronto and the author of several novels, including the acclaimed The Case of Emily V. "For a long time," Oatley told the Canadian magazine Quill & Quire, "we've been talking about the benefits of reading with respect to vocabulary, literacy, and these such things. We're now beginning to see that there's a much broader impact." A work of literature, particularly narrative literature, takes hold of the brain in curious and powerful ways. In his 2011 book Such Stuff as Dreams: The Psychology of Fiction, Oatley explained that "we don't just respond to fiction (as might be implied by the idea of reader response), or receive it (as might be implied by reception studies), or appreciate it (as in art appreciation), or seek its correct interpretation (as seems sometimes to be suggested by the New Critics). We create our own version of the piece of fiction, our own dream, our own enactment." Making sense of what transpires in a book's imagined reality appears to depend on "making a version of the action ourselves, inwardly."

One intriguing study, conducted a few years ago by research psychologists at Washington University in St. Louis, illuminates Oatley's point. The scholars used brain scans to examine the cellular activity that occurs inside people's heads as they read stories. They found that "readers mentally simulate each new situation encountered in a narrative." The groups of nerve cells, or neurons, activated in readers' brains "closely mirror those involved when [they] perform, imagine, or observe similar real-world activities." When, for example, a character in a story puts a pencil down on a desk, the neurons that control muscle movements fire in a reader's brain. When a character goes through a door to enter a room, electrical charges begin to flow through the areas in a reader's brain that are involved in spatial representation and navigation."1.

Other articles have described how reading makes you smarter, which is a nice premise, however really "living" the story is a much more captivating idea. In our minds we become the character we identify with and we live their experience. Perhaps intrinsically readers already know and feel this and that is why the act of reading becomes so addictive. In many cases, once a first time reader stumbles upon that first book that draws them into their "own experience", they too are hooked.

As marketers of books, we should not only focus therefore, on the book or the story, but on the experience that the reader is exposed to: the alternate reality he or she can throw him or herself into. This then becomes the "brand" of reading ~ an experience, and today, more than ever, people are looking to have experiences.

1. For the full article. "The Dreams Of Readers" click here.

Home / TNG Retail | I am a Retailer